At 2:47 AM on Sunday, August 5, after a long labor and little sleep, I met the person I’d been carrying around for the previous 38 weeks and 3 days. The person for whom I (ahem, nobly) gave up deli meat and sushi and alcohol; the person whose mere existence exempted me from lifting any heavy boxes when we moved and who got me out of any chore that possibly required bleach or chemicals. Although we’d only just officially met, we’d already done each other a lot of favors. It was like I already knew him.

Maybe that’s because I’d spent the last nine months projecting meaning onto this little mystery, trying to make sense of him with every kick and roll I felt. When I listened to my favorite music and he squirmed, I chose to believe he was dancing along, not writhing under the torture of my bad taste. I associated my cravings for pistachio gelato with his discerning and mature palate. When I beat my husband in chess (a rarity), I gave my unborn baby partial credit and commended his innate strategic skills. I daydreamed about who and how he’d be, and in the midst of the daydream, came to feel like I might actually know a thing or two about this boy, even before we were formally introduced.

Of course, in some ways, I did know him. In lots of other ways—after seven weeks—I still don’t.

I’m not here to tell you how glorious it is to have a newborn. I’m not here to tell you how hard it is, either. If you’re a parent, you likely already know those things. If you’re not, you’ve likely seen dozens of other essays and blog posts that celebrate the beauties or divulge the difficulties of new parenthood. I expected the ups and downs. What I didn’t expect, however, was that—despite all our intimacies, including the substantial time we’ve spent cohabiting my body—my son is essentially a stranger to me.

While I waited for him to join us in the oxygen-breathing side of the world, I wondered if he’d have any hair, and if so, what color. I wondered what his eyes would be like; how much he’d weigh; whose features he inherited from my or my husband’s sides of the family. For the first two weeks, I still didn’t know what color his eyes were. Right now they’re a kind of blue-grey, but I don’t know what they will be, permanently. My husband and I change our minds constantly about whose nose (mine?), ears (his), voice (TBD), and temperament (tie between grandpa and youngest niece) his most resemble in our own families, but he’s growing and changing so rapidly we can’t draw any real conclusions.

I wonder if he’ll take to art or music or a certain sport. I wonder if he’ll be reckless or risk-averse; if he’ll be an extrovert or introvert. If he’ll escape and unwind through books (like me) or movies (like my husband). I wonder if he’ll actually like chess, or if my winning record during pregnancy was just a fluke. There’s so much I don’t know about him; so much that isn’t even knowable.

The funny thing about how little I know about him is that he elicits an entirely different kind of love from me. All other loves I’ve experienced have been predicated on what I know about a person. About the experiences we’ve shared or the values we hold in common. I am tempted to say it doesn’t feel like love at all; it feels like affection, or even obsession. The flirty beginning of a new romance, before the facts are the on the table, when all there is to do is gaze into each other’s eyes and wonder about what’s to come and imagine all there is to find out. In fact, there’s a lot of prolonged eye-gazing with newborns. (There’s also a lot of watching-him-while-he-sleeps, which I don’t recommend for the flirty beginning of a new romance.)

I keep wondering to myself: How is intimacy possible without information? What is love comprised of without knowledge about the beloved? A few months ago, I would have denied such capacities were even possible—and yet, here we are.

Ellen Koneck likes reading and writing and thinks homebodiness is a virtue. She has her MA in religion from Yale and works in academic publishing. She has one plant, one tattoo, and an identical twin. Contrary to all conventional wisdom, she regularly brings up both religion and politics at the dinner table.

The post Getting to Know Your Newborn appeared first on Wit & Delight.

Getting to Know Your Newborn published first on https://workbootsandshoes.tumblr.com/

We are professional business plan writers who can write Investor-Ready business plans to help attract the right attention to your business or project and all the critical elements needed to make that first impression on an angel investor or lender. Aside from our growing list of reliable funding providers, we also have an excellent customer service team for navigation and aid that can provide live assistance. View all posts by Morris Brokaw 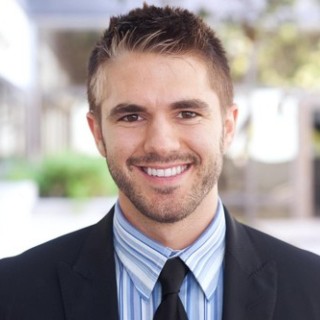 We are professional business plan writers who can write Investor-Ready business plans to help attract the right attention to your business or project and all the critical elements needed to make that first impression on an angel investor or lender. Aside from our growing list of reliable funding providers, we also have an excellent customer service team for navigation and aid that can provide live assistance.